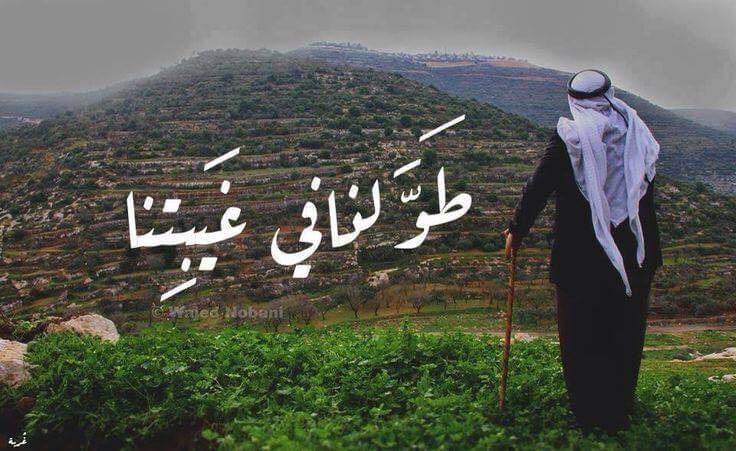 Some stories are not just told for the sake of storytelling, but because it’s as if they’re destined to be stored in the listeners’ hearts and thoughts. They are the hand that will stretch to tightly hold each one of us and lead us to a forgotten cause that we must bring back to life in our consciences. And because the story is a cause by itself, our ancestors never hesitated about passing it down; this is especially evident in the story of Palestinian displacement.

The stories of the Palestinian Nakba are always dealt with with sadness. It is hard to deny the waves of sadness that these stories convey in us. One can see the reflection of these stories in the tears of one’s grandparents while they tell us stories. But what about the determination that they show at the end of the story? The sentence that they always repeat “one day, we will come back”? The young who didn’t witness any of these events, and weren’t even able to visit their hometown? Our grandparents… the original story tellers.

I leave the students of Birzeit University to answer these questions by passing down the stories of their forefathers who have lived these events.

Stories .. From The Ancestors on The Tongues of The Descendants “Look.. Don’t Steal”

And let the first story be from me. My grandmother’s mother owned lands in the village of Qaluniya in the Jerusalem district, which she left behind willinglessly during the Nakba. After Israelis usurped the land belonging to Palestinians, a Jewish man by the name of Abraham took the land of Grandma Fatima. He spoke a sentence that kept ringing in her ear. “Can you see all of this? It will all be ours, Fatima.” Grandma decided to visit her land years later, only to find Abraham working there. When she tried to reach out and grab some of her fruit, Abraham came screaming. She told him: “Don’t you remember me, Abraham? I am Fatima Kayed”. When he remembered her, he said take a look at the ground; but don’t steal anything.”

“I do not remember anything other than Bir Al-Sabe’e”

Alzheimer’s disease is a disease that recalls the childhood of the one affected by it, and has the ability to control them. In this context here’s the story of Elias Boulos’s grandpa. Elias says, “My grandfather was thirteen years old when the Israeli occupation forces attacked his city of Bir Al-Sabe’e. His family got on a truck with thirty-five other families to Hebron, and stayed the night in one of its mosques. Afterwards, they headed to Beit Sahour. In the last days of my grandfather’s life, he kept reminiscing about Bir Al-Sabe’e, and about how much he wanted to return to it. It’s strange how his life was confined to those thirteen years he lived in Bir Al-Sabe’e. The beginning of his life in Bir Al-Sabe’e was a reality, but his end away from his city was confined to his imagination and faith. Bir Al-Sabe’e people during the Nakba 1948

“Instead of the Candy Factory We Built Two Factories”

As for Yafa Abdel Rahim, a student studying Business and the social coordinator at the Business Club at Birzeit, she tells a story that is “candy flavoured”. She says “My grandfather had a house overlooking the sea, but he did not suffer from fishing! The sea would bring him all his goods and throw them in front of his door in the morning. He owned some orange groves, and he used to turn oranges into orange-flavored candy and sell them to the people of the Ajami neighborhood in Jaffa. However, after the Nakba, my grandfather believed that he would only be able to do this for one more week or two, and so he left everything behind. His house became the French Embassy in the so-called State of Israel. Yet without hesitation, my grandpa regrouped his fragments in the town of Al Berah, and built two sugar factories there to compensate for the one humble factory he had before becoming displaced. “

“In Life.. Money Isn’t Everything”

Mustafa Amira, a financial and banking sciences student says: “My grandfather, who was born in 1920, lived in the Nozha neighborhood in Jaffa. Like the majority of Palestinians, my grandfather owned lands he inherited from his father, and this was what the Israeli occupation had been longing for before the establishment of the so-called State of Israel. He once mentioned that he was sitting in a cafe in Jaffa when a group of men came and asked to share the table with him. They started talking about his land in general and then gave him a tempting offer for the land. My grandpa got really angry; his father had told him to take care of the land since he was eleven years old. Subsequently, he kicked them out of the cafe and finished his coffee.” This became the conviction of the grandfather of the student Haneen Alyan. His house was one of the most beautiful and most modern houses in the village. He spent his youth making money to build it himself. However the biggest disaster was when the soldiers of the British Mandate demolished his family’s house. The grandfather became convinced that no Palestinian should have anything, and that two shirts and one pair of pants were the only items that Palestinian should own. Now, like any of our ancestors, he hopes that future generations will regain what he lost.

The Importance Of Stories In Reviving The Palestinian Cause

All these stories are indicative of many things, from determination to returning to our usurped lands, to reconstruction, to standing tall together- even if the link between us is a mere anecdote. As the authors of the stories have proved by their resilient tones, stories have an important role in reviving the Palestinian cause. The student Huda Ahmed says: “My village Quli is not so far away, and it is difficult to have your history so close to you and yet you can’t even come close to it. Therefore, passing down stories is one of the most important things that we can do to strengthen our presence in Palestine, and whoever believes that the role of the story is not important has abandoned the cause in one way or another.”

Tariq Akram, a public administration student adds: “The telling of stories has a role in demonstrating the injustice that our ancestors suffered. It also serves as motivation for us not to forget and give up the rights that our ancestors died while defending.”

At the end, we all live this issue, and each one of us has their own weapon; let the story be used as one. Do you have stories about Al Nakba? And do you believe in its role in keeping this cause alive? 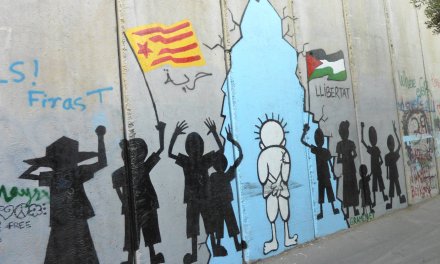 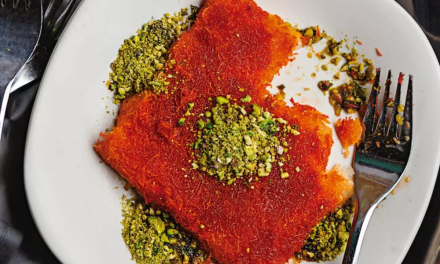 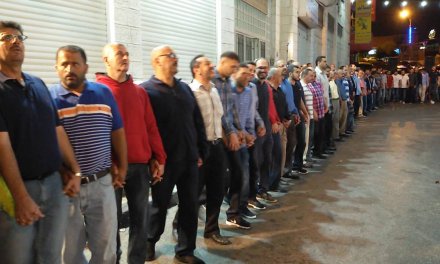